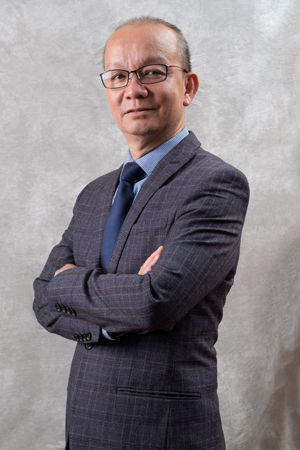 Foo Gee Jen is the company’s Group Managing Director. He joined in 1987 in the Kuala Lumpur operations before he was transferred as Manager to Malacca practice in 1992. He headed the Malacca practice from 1992 to 2008. During his tenure in 1998, Foo was appointed as Partner and Director. After a 16 year stint in the Malacca practice, he was transferred/relocated to the Kuala Lumpur operations in October 2008. He was appointed as the Managing Director since July 2010.

His experience stems from numerous corporate valuation assignments, including the pre-privatisation exercise of Tenaga Nasional Berhad and the initial development of Kuala Lumpur City Centre (KLCC). Foo has also successfully brokered multi-million property deals involving MNCs. In his recent involvement in Agency and Transactional Services, he was involved in tender exercises for Guthrie Medicare and one of the world’s largest PC manufacturers, Gateway 2000. Other assignments have been handled notably for Infineon Technologies, TEAC Corporation, Shell Trading, ExxonMobil, Hewlett-Packard, Tradewinds Group of Companies, TRX City Sdn Bhd and the proposed Manipal University.

Foo was awarded the Estate Agent of the Year 2013 by the Royal Institution of Surveyors Malaysia (RISM).